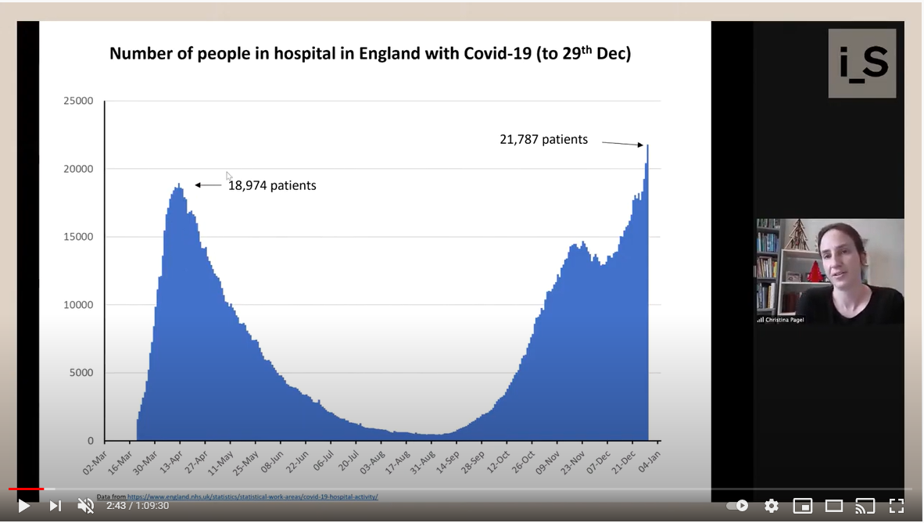 The pandemic in England is now at the most threatening stage of the entire year. The number of cases are at the highest they have been since the start of community testing in May, with over 40,000 people testing positive each day in the couple of days before Christmas.

There are now more people in hospital (20,426 as at 28th December) with Covid-19 than at any point during the pandemic. Admissions each day are still rising (over 2,200 on Boxing Day). With cases still rising steeply, pressures on the NHS in England will get significantly worse over the next few weeks.

Over 27,000 people have died within 28 days of a positive Covid-19 test since September, compared to almost 37,000 from March to August this year. There were over 3,000 deaths in the last week alone, reflecting people infected at the beginning of December. Since then, cases have almost tripled and hospital admissions almost doubled. This means that the number of deaths will, unfortunately, increase and keep increasing for several weeks yet. Deaths from the second wave will probably exceed the total in the first wave at some point in January.

Failure to implement a circuit breaker, recommended by SAGE and Independent SAGE at the end of September, resulted in a delayed a lockdown until November. As a result, a new variant of Covid-19 (B117), since shown to be more transmissible, was given the opportunity to spread widely, particularly in the East, South East and South Wales. It also meant that England entered December with a high number of cases, despite lockdown, and a high number of people in hospital.

The new variant has come to rapidly dominate cases in London, the South East and East of England, but it is present in all regions. The SAGE modelling subgroup believe that by mid-January the new variant will be the dominant strain across the whole of England.

The greater transmissibility of B117 has tipped us into a new, even more serious, pandemic. We are no longer in the same pandemic we were in up to December. The very rapid rise of cases in London, the South East and East of England under restrictions that previously kept growth much slower, highlights the need for a radical rethink of how we deal with Covid-19 going forward.  The existing tier system in England is simply not sufficient, even where the new variant is rare. Cases are increasing, albeit more slowly, across all English regions. If, as anticipated, the new variant takes hold across the country, transmission will increase in all areas.

While the new variant is not thought to cause more severe disease than the standard strain of Covid-19, its greater infectiousness will inevitably lead to many more hospitalisations and deaths as more people catch it. The regions where B117 is prevalent, most notably London, have seen a much more rapid rise in hospital admissions than other regions and London now has by far the highest admission rates in the country.

On Boxing Day, several local authorities were allocated to a higher tier, with all of the South East of England now in Tier 4 (highest level) and most of the Midlands and much of the North in Tier 3. Matt Hancock acknowledged that Tiers 2 and 3 are not enough to suppress the new variant. They seem not enough to suppress the standard strain either as cases in Tier 3 and Tier 2 areas have been steadily increasing since the beginning of December. Cases in current Tier 2 areas have more than doubled since the end of Lockdown on 2nd December. Cases in current Tier 3 areas have grown by 40% in the same time period.

Meanwhile, cases in current Tier 4 areas have quadrupled since lockdown and – so far – show no sign of slowing down. It is now over 10 days since Tier 4 was imposed on London, Kent and parts of East England. If cases in these areas do not level and reduce soon, then we cannot expect Tier 4 to be enough to contain Covid-19 in England.

With a highly effective vaccine being rolled out, with more vaccines to be approved shortly, it is unconscionable that Covid-19 be allowed to run rampant through our communities just when protection is on the horizon. We urgently need a new plan to control Covid-19 into 2021 and aggressively drive down cases across England.

Delayed and tentative decision making will result in the deaths of tens of thousands more people. Modellers from the SAGE modelling subgroup estimate that even under national Tier 4, another 100,000 people could die before the end of June 2021. In that scenario, hundreds  of thousands others would go on to suffer long term effects from Covid-19 and the NHS would be brought to its knees. The government needs to act now to prevent this catastrophe.

We strongly urge that  the following strategy be adopted immediately.

The lesson should by now have been learnt by the decision makers.  Prompt action will be better for the health of the country and our economy.  Delay can only lead to further rapid growth of this pernicious disease, paralysing our ability to manage it. 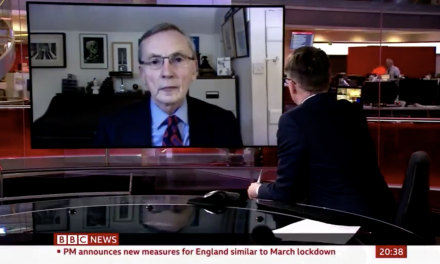 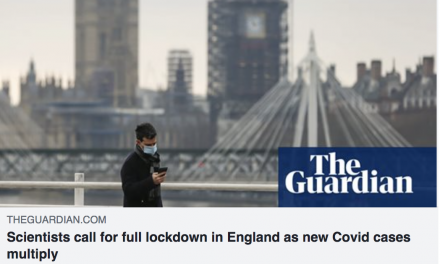