SCHOOLS should not re-open on June 1, Independent SAGE reports today, because there is ‘no clear evidence’ that it is safe to do so.

The committee of independent scientists chaired by Sir David King, the former Chief Scientific Advisor, has released a ‘draft consultation report’ which says that schools should not re-open until local ‘test, track, and isolate’ systems are in place. ‘There is no clear evidence that these conditions are met. Until they are it is not safe to open schools on June 1,’ the report says.

New modelling shows delaying school re-opening by two week approximately halves the risk to children, and that delaying the re-opening until September is less risky still – reducing the risk to children to below road traffic accident level. The report notes that further modelling is needed to show regional risks and that it intends to do so before issuing its final recommendations to the government next week.

The report notes the harm to children from schools remaining closed and the disproportionate impact on certain groups, including economically disadvantaged children and those from BAME communities. Proposals made by the committee include summer camps and open-air schools and suggests requisitioning independent school buildings and playing fields to ‘provide a better infection control environment’. It suggests football stadiums and other sports facilities could also be used.

The report says that decisions to re-open schools must be taken at a local level with full public consultation.

Locality-based COVID-19 infection and death rates are the best indicator of risk from any future school-based outbreaks, the report says, and that it intends to model these effects before releasing its full report next week. Real-time data about test, track and isolate is essential, it says, noting that, ‘it is inevitable in a pandemic that new outbreaks will occur’ and that ‘planning for such re-closure is essential’.

The lack of publicly available local data is ‘a critical gap in the current management of the pandemic’, the report says and that without it local communities cannot be sure about the level of local infections and whether the numbers of new infections is decreasing.

‘The crucial factor allowing school re-opening around the world has been the presence of well-functioning local test, trace, and isolate protocols—something that is now accepted will not be in place in England by early June,’ the report says. It also notes that school opening in other countries, such as Denmark, ‘has been preceded by substantial investment in measures such as additional washing facilities to promote safety.’

Sir David King said: “It is clear from the evidence we have collected that June 1st is simply too early to go back. By going ahead with this dangerous decision, the government is further risking the health of our communities and the likelihood of a second spike. ”

“However we also recognise that the decision of when to re-open our schools is a careful balance and that it is vital for our young people to get back into the classroom as soon as it is safe to do so. The current climate is likely to disproportionately affect the most disadvantaged in society; therefore it is vital that the government also considers innovative ways to help those who need it most.”

The Independent SAGE live-streamed on the 22 May at 12pm. This can be viewed below.

The members of the Independent SAGE committee include:

The Return to School: A consultation document 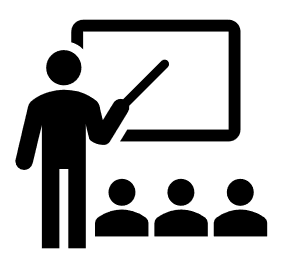