On Friday 7th May, Public Health England designated B.1.617.2 (one of the so-called ‘Indian variants’) as a variant of concern due to concerns about increased transmissibility. Over the past week, new evidence suggests that this variant may be up to 60% more transmissible than B.1.1.7 and that it may manifest some degree of vaccine escape. As an increasing proportion of the population become vaccinated or have themselves experienced infection, a variant which is able to partially avoid protection from this immunity (for instance, B1.617.2) will preferentially transmit and spread. The impact of any such escape on risk of serious disease remains unknown. Nevertheless, compared with other variants identified in the UK, it has increased substantially more rapidly since the first case was detected. Over the past week (to 12th May) the total number of identified cases has almost trebled from 520 to 1331 cases. Over the last month it has risen from 1% to 9 % of sequenced cases. It is rising in all regions of England as a proportion of samples sequenced as measured by sequencing or S-gene positivity, which differentiates the new variant from the dominant B.1.1.7 variant. Especially high rates have been found in the Northwest and London. At the local authority level, it is now the dominant variant, in Bolton, Blackburn with Darwen, Bedford and Sefton, where cases are highest.

Accordingly, the SAGE modelling group (SPI-M) updated their projections for the roadmap outlining the opening up of society and the economy. If a new variant that is 30-40% more transmissible than B.1.1.7 becomes dominant in the UK, we could see a wave that is as bad as the January surge – even if vaccines remain as effective against B.1.617.2 as they are against B.1.1.7. If B.1.617.2 is even mildly resistant to the vaccines as well as being more transmissible, proceeding with the roadmap could result in a new wave of infections considerably worse than was seen in January.

On the basis of this evidence, urgent action is necessary. Indeed, given that one of the four tests for proceeding with the ‘roadmap’ out of Covid restrictions was that “the assessment of the risks is not fundamentally changed by new variants of concern”, the Government’s own declared position requires a re-evaluation of policy. Moreover, since the current situation in the UK is inextricably linked to the evolution of the pandemic globally, any developments must ensure coherence between domestic and international policy. Accordingly, Independent SAGE proposes a six-point plan of action to deal with the B.1.617.2 variant and to be prepared for future variants.

1. Global vaccination:In order to save lives, suppress infection and limit the development of new variants, it is essential to ensure a rapid and equitable global roll-out of vaccines. In the short term, this means redistribution of vaccine stock to low-income countries. In the medium and longer term, it means a waiver of patent rights so more vaccine can be produced in these countries. The UK Government should support both measures as a matter of urgency.

2. Border controls: The current ‘traffic light’ system of international travel is weak and inconsistent. In order to limit the spread of new variants (both from the rest of the world to the UK and vice-versa) it should immediately be replaced by a system of supported quarantine for all international travel. This will require travellers to isolate in good quality facilities, but with support grants for those of limited income who have good reason to travel (e.g., family marriages/funerals).

3. Improved local systems of outbreak control: Domestically, the most important priority is to develop and support effective local systems of outbreak control. This involves systems that are able to rapidly identify and break chains of transmission. In concrete terms, it includes rapid testing of cases and testing of contacts of positive cases, adequate numbers of local contact tracers who are able to do both forwards and backwards tracing, rapid and adequate financial and social support for cases and contacts to self-isolate (given the possible higher transmissibility of the B.1.617.2 variant, providing accommodation outside the home for people to self-isolate is particularly important). The provision to fine people £10,000 for failing to isolate should be withdrawn as this is a powerful disincentive to come forward for testing. We applaud the ability of the COVID-19 Genomics UK consortium (COG-UK) to undertake widespread genetic sequencing of the virus and overcome bottlenecks in the flow of diagnostic samples, and PHE in its reporting of data. Efforts should be made to shorten the time from sampling to sequencing to ensure an even more “real-time” assessment of variants in place and time.

4. Domestic vaccination: Despite a potential escape of B 1.617.2 from vaccine-induced immunity, there is still likely to be protection from severe disease. Therefore, in areas experiencing outbreaks of the new variant, surge vaccination should immediately be extended to all age-groups (within the approved age-ranges for the vaccines) and additional clinics established to achieve a high uptake. Many of the areas with the B.1.617.2 variant also have more deprived and ethnically diverse populations. These areas are also likely to have lower vaccination rates and we urge local public health teams to increase vaccination rates particularly among multigenerational households. We recognise that vaccination will take some weeks to confer protection, but we believe that many of the social and economic factors that contributed to these areas experiencing outbreaks are likely to persist. Within the UK, local vaccination teams should be deployed in support of general practices to follow up on people not yet vaccinated. This would include greater provision for domiciliary vaccination if necessary.

5. Limiting indoor mixing: In the light of the new variant, we consider that any increase of mixing in indoor spaces (whether domestic or commercial) to be highly inadvisable, particularly in areas with already proven high levels of B.1.617.2. Accordingly, local Directors of Public Health should be empowered and resourced to take action that goes beyond the current measures to get local surges under control. Additionally, indoor commercial spaces should only be allowed to reopen if they can maintain adequate social distancing and have proper ventilation, with a priority program of inspection developed in co-operation with the Health and Safety Executive. There should be a national communication campaign urging people to limit contact as far as possible and to take measures to protect themselves and others with whom they are in contact.

6. Continuing vigilance: Data regarding vaccine escape and severity of disease caused by B.1.617.2 should be used to re-evaluate this policy. If evidence of transmissibility is confirmed, there is new evidence of vaccine escape and/or seriousness of disease then it may be necessary to further limit indoor mixing and other relaxations of Covid restrictions. If, on the other hand, the evidence shows that the new variant does not pose a greater threat, either because it is not a risk or is well controlled through effective local Find, Test, Trace, Isolate systems, then the measures advocated in point 5 should be reviewed.

It is incumbent that we act now rather than wait and see if things get worse. The lessons from 2020 have shown that delaying action could increase hospitalisations, overwhelm the NHS and may also cost lives. 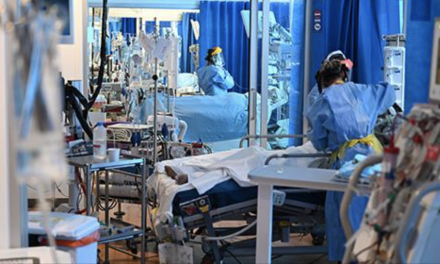 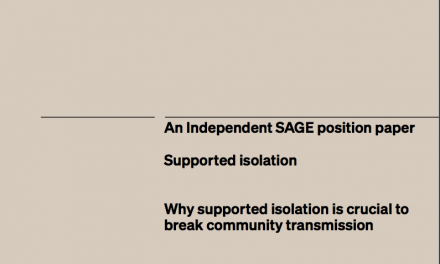 Why supported isolation is crucial to break community transmission 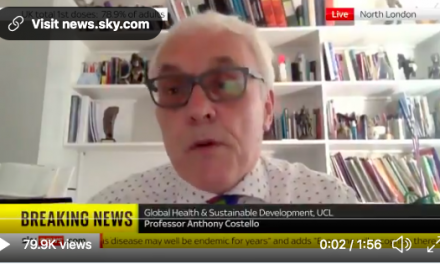 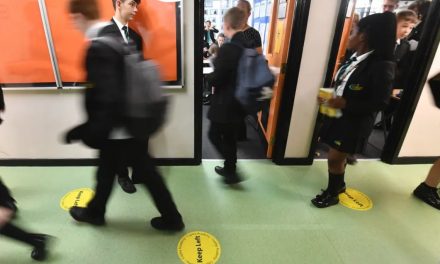 helen salisbury quoted in the independent on covid in children